Black rings around the eyes aren’t exactly a beauty ideal, but that’s exactly what makes the oldest South Tyrolean sheep breed, the “Vilnösser Brillenschaf“ (lit. ‘bespectacled sheep from Funes’), so charming and special!
As the name already reveals, this lovely little animal calls Funes its home; that’s at the base of the Gruppo delle Odle mountains. This impressive mountain group has over a dozen peaks and is one of the most iconic views in all of the Dolomites. 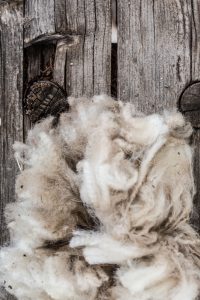 Farmers have been working the Val di Funes valley mountain pastures for thousands of years already. Here, the sheep graze on delicious mountain herbs at over 2000 m a.s.l. – it’s almost as though they themselves are impressed with the unspoilt and breathtaking landscape of the famous valley. It’s hard to believe that these special creatures almost faced extinction…

The Villnösser Brillenschaf has been bred since the 18th century by mixing the old local breeds of the Bergamasker- and the Paduaner-Seidenschaf sheeps.  The typical markings around the eyes and ears come from the Seidenschaf and the Kärntner Brillenschaf. Back in the days, huge herds of sheep were moved over the Alps to be sold, so a few of the animals stayed behind and bred with the local sheep. These animals were then bred for hundreds of years in the valley, but almost fell victim to the race laws of the National Socialists in the 1930s. These laws wanted to forbid indigenous breeds and to make place for more the productive ones. The sheep only survived thanks to a handful very courageous wool-growers. The animal count still shrank dramatically, to the point of there only being 150 animals left in the 1970s. Today, thanks to an increased interest through gastronomy, the Brillenschaf population is growing again. Not only the tender meat is appealing, their wool is also very valuable: it is very silky and durable.

There are only about 1.700 Villnösser Brillenschafe alive today and most of these live in South Tyrolean breed registries. Their count has been steadily going up over the last couple of years, but they are still counted among the endangered species. There is still hope for this wonderful creatures!

The Loden fabric made from the Vilnösser wool used to be the most prestigious cloth in the textile industry. The traditional clothes from different South Tyrolean valleys, that were only worn on special holidays, were also made with this special fabric. Today the valuable wool of the Villnösser Brillenschafs is used by famous South Tyrolean brands such as Luis Trenker and glücklich. They trust the quality of the natural fiber, which is both heat insulated and breathable. The clothing made out of it is functional, fashionable and comfortable. Luis Trenker’s  fall/winter collection 2018 took it one step further: all of the linings of the clothing line “berg” are made with Villnösser Brillenschaf wool. Luis Tenker’s fashion shows us how tradition, sustainability, high performance and quality can come together in a perfect symbiosis. Al we can say to that is: Tip of the hat!