During his lifetime he already stood out when he walked into the marble salons of the high society: His nailed up hiking boots, stylish corduroy pants and traditional costume jacket made of leather were quite the sensation. We are of course talking about Luis Trenker – outdoorsman, actor, author and director. He is still a symbol for home boundedness and life in the mountains.

Trenker was born in Ortisei back in 1892. Here he takes his first hikes, teaches people to ski, lives through WWI on the Dolomite Front, then becomes an architect and finally finds his love for the movie business in the 1920s. He will be the first German movie star that has an international flair, while not only acting, but also writing and directing. By a mere coincidence he meets the pioneer of mountain movies, Arnold Fanck, in 1925. With him as a director, Trenker is the leading actor in movies that made history (Mountain of Destiny,The Holy Mountain, The Great Leap). After which he works as a director. His first movie The Struggle for the Matterhorn is an instant show-stopper. Later, Trenker will also make a movie out of his first novel, Mountains on Fire, which is partially filmed in Hollywood thanks to his success in Germany in 1931. He then also films The Emperor of California in the USA, in 1935. This is when he is at the zenith of his career, with a global audience. Trenker, however, is not impressed with the Hollywood fame, and feels he is drawn back home. In 1940 he falls out with the National Socialist German Workers Party government, who imposed a total movie and writing ban over him. The following year he moves back to his beloved home, South Tyrol. He starts a television career as a storyteller and documentary director. Luis Trenker dies at age 97 in his hometown of Ortisei in 1990. To this day he is an idol. He is remembered as ambassador of the mountains and his home country, South Tyrol. 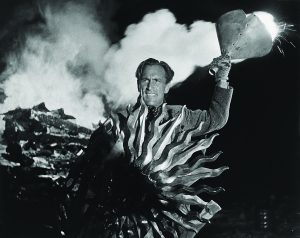 In Ortisei, birthplace of Luis Trenker, you can find the Museum Gherdëina. The mountaineer, artist and director himself wished for his legal estate to displayed here. It feels like you step into Trenker’s home: furniture, letters, photographs, screenplays, cameras and props are all around. 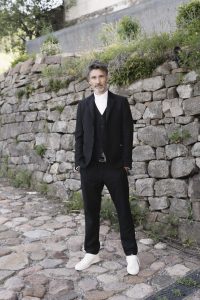