Who needs white sandy beaches, when you have crystal clear lakes? There are countless gorgeous lakes spread throughout South Tyrol. It doesn’t matter if you prefer to swim, or rather hike… or if you simply wanna relax – we went to investigate and uncovered the most beautiful spots for you.

Special features: Eight farmyards were flooded when the barrier lake was constructed in the 1950s. You can still see the clocktower of the village, when the water level is low enough. From the lake you can hike to where the glacier mummy Ötzi was found. 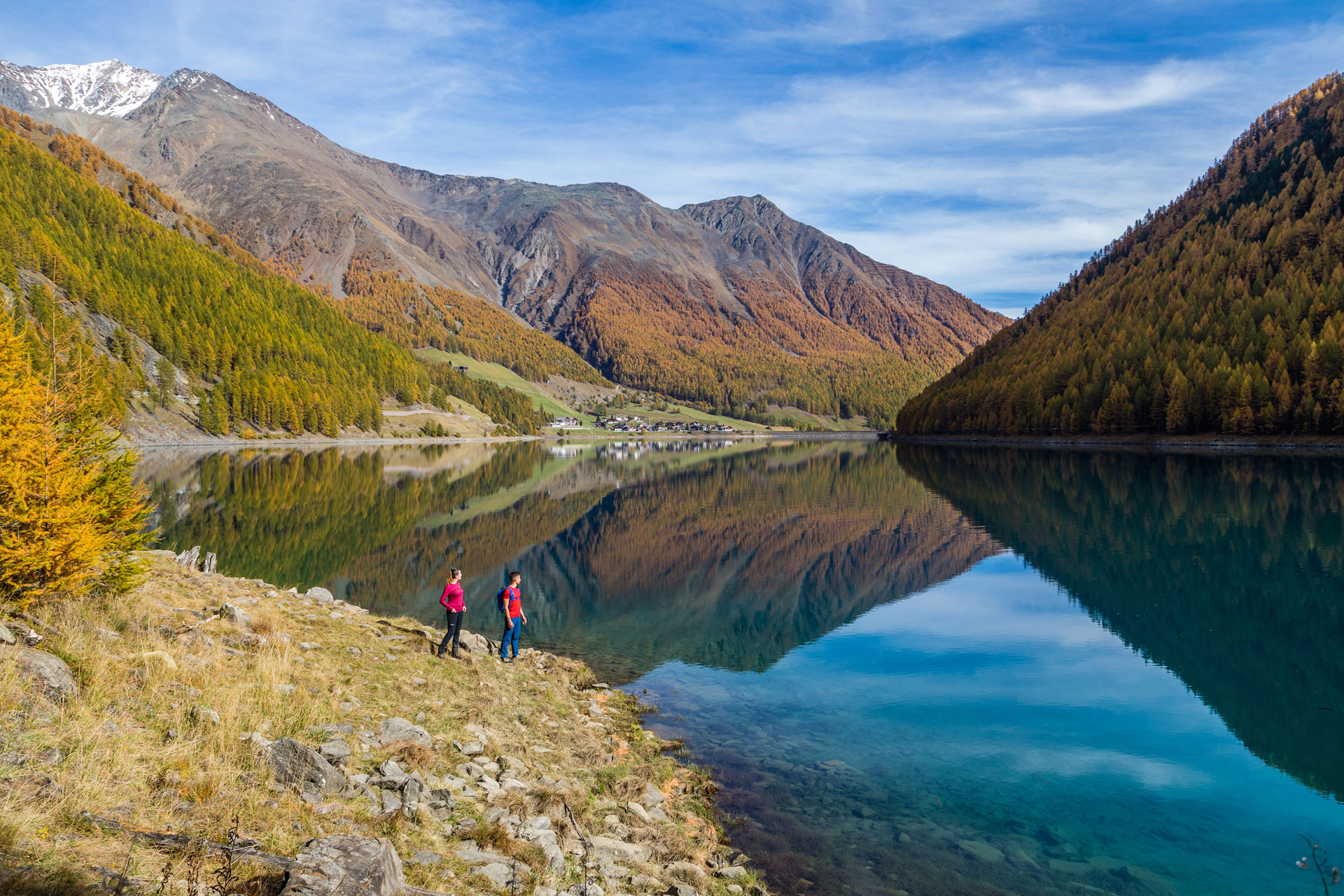 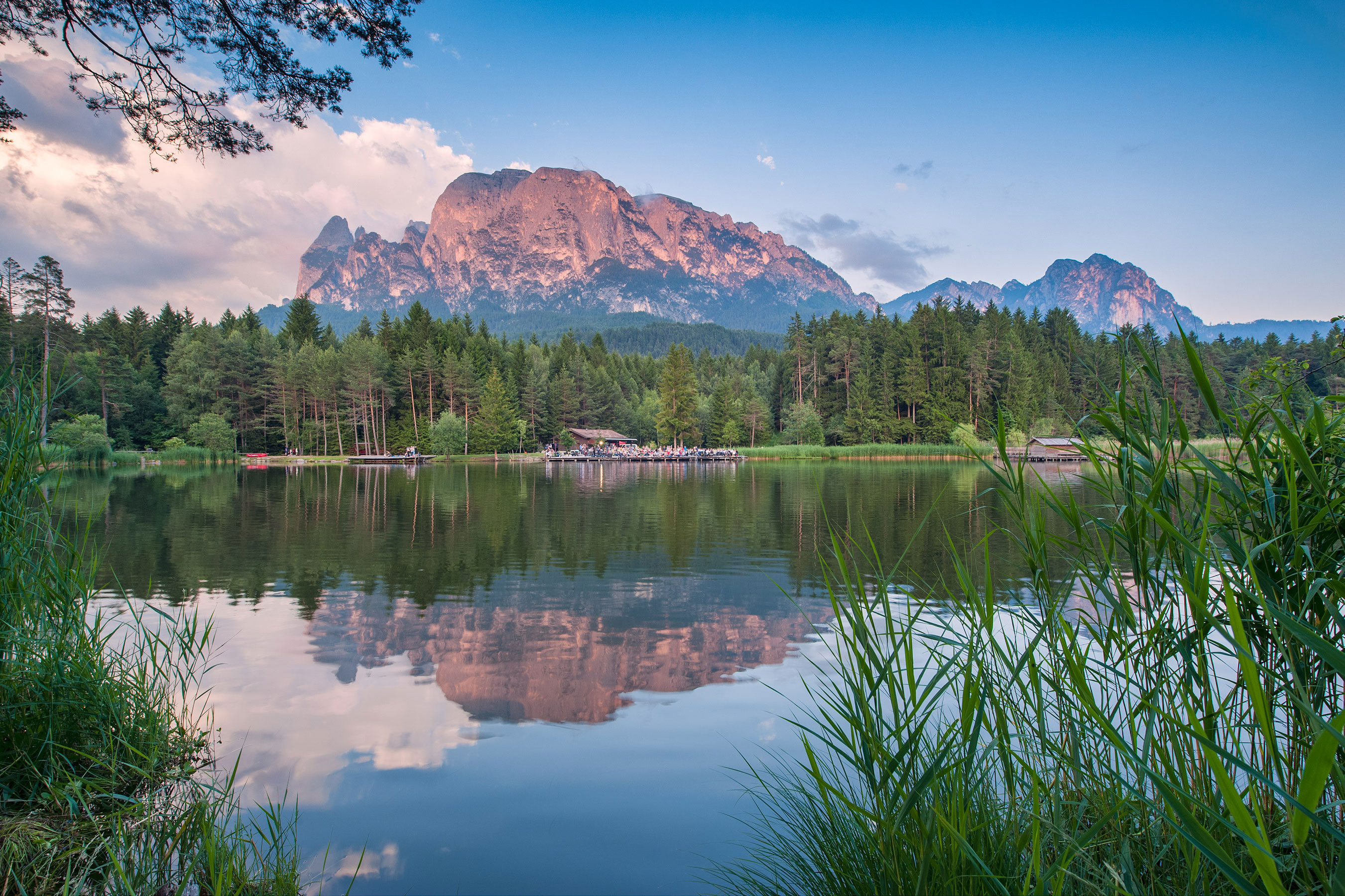 Special features: The Pond of Fiè was established as the fishing pond of Baron Leonhard von Völs-Colonna in the 16th century, but please note that fishing is prohibited today. Thanks to its excellent water quality, it was awarded with the prestigious seal “5 vele”, and is counted among the cleanest swimming lakes in Italy.

Special features: The Caldaro Lake probably developed during the last ice age, about 12,000 years ago. It is a very popular swimming lake, thanks to its excellent location. Water temperature in the summer? 28° Celsius. You’ll also feel the south wind coming from Ora… it feels like an invitation to sail! 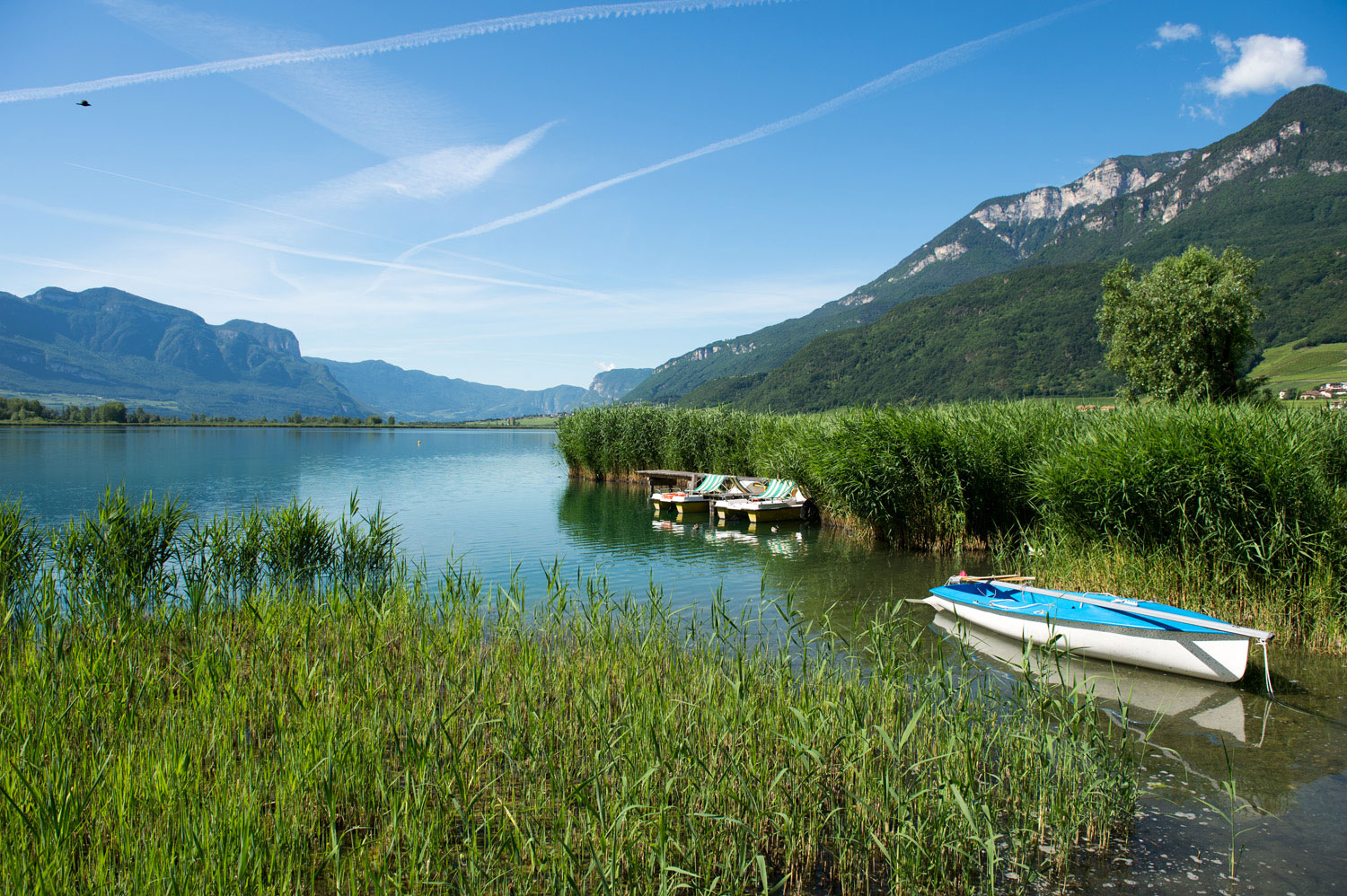 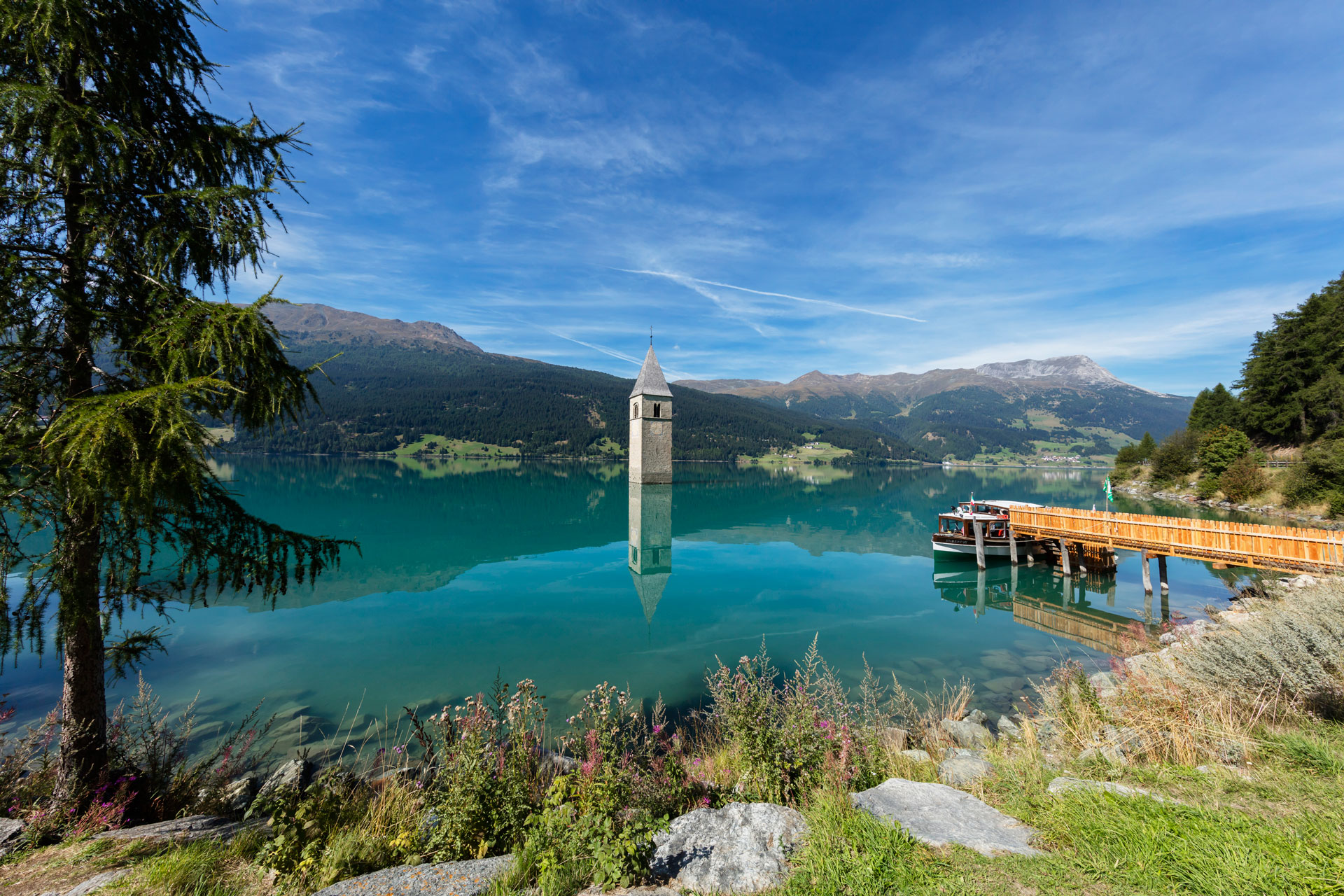 Special features: In the year 1950, the big corporation Montecatini decided to flood the area that was to become the Resia Lake without consent of the people living in the zone (today the largest lake in South Tyrol). The villages of Curon and Resia were completely flooded. Many people had to leave their homes. The church tower still emerges from the lake as a silent reminder of their fate.

Special features: This glacial lake disappears from time to time, then suddenly reappears. Since 2011 it forms itself 300 m to the east of its original situation. It owes its name to an old legend. According to that story, a dragon lived in the lake. The dragon would only leave the lake at night and the noises he made could be heard all the way over to the Passo Gardena. 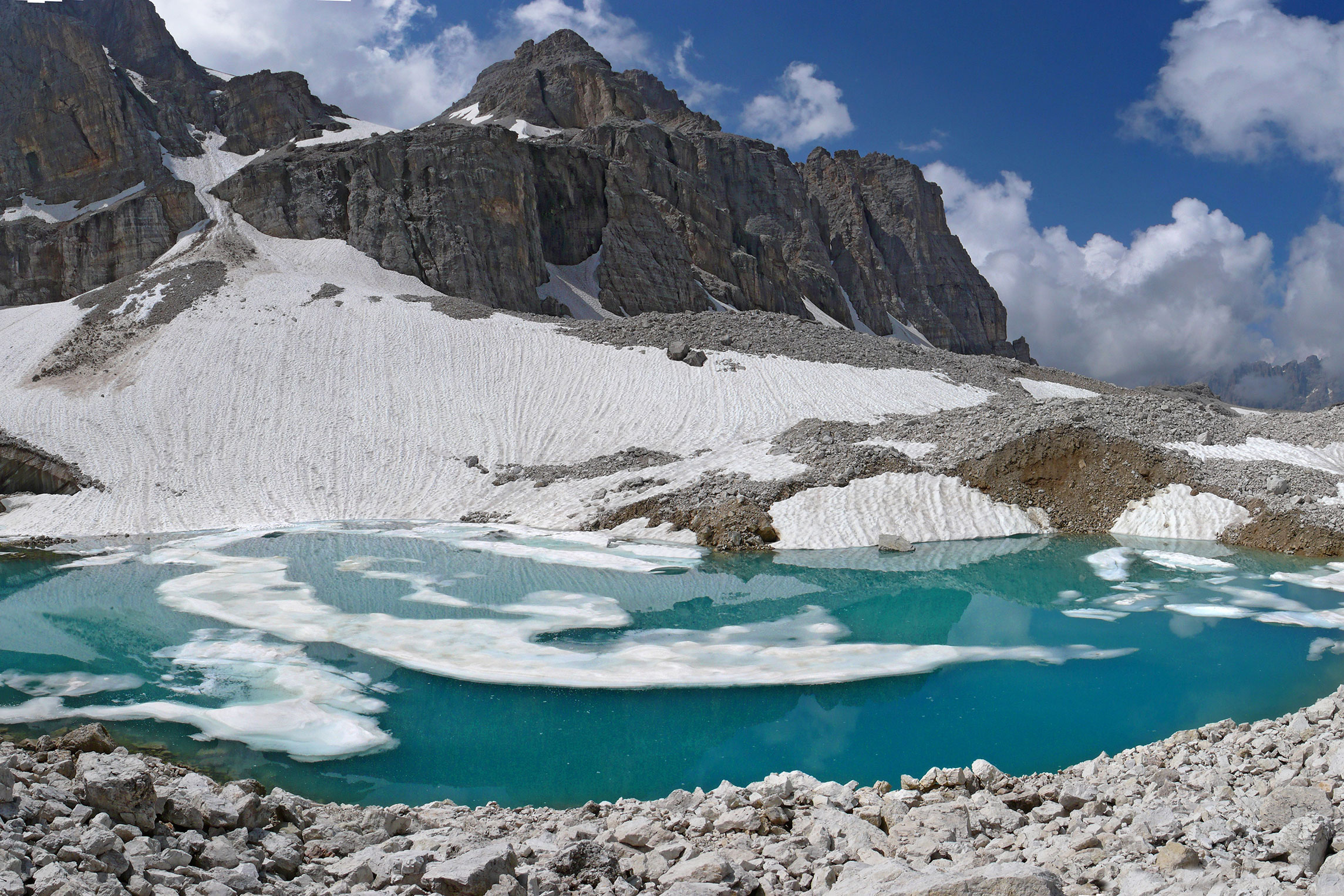 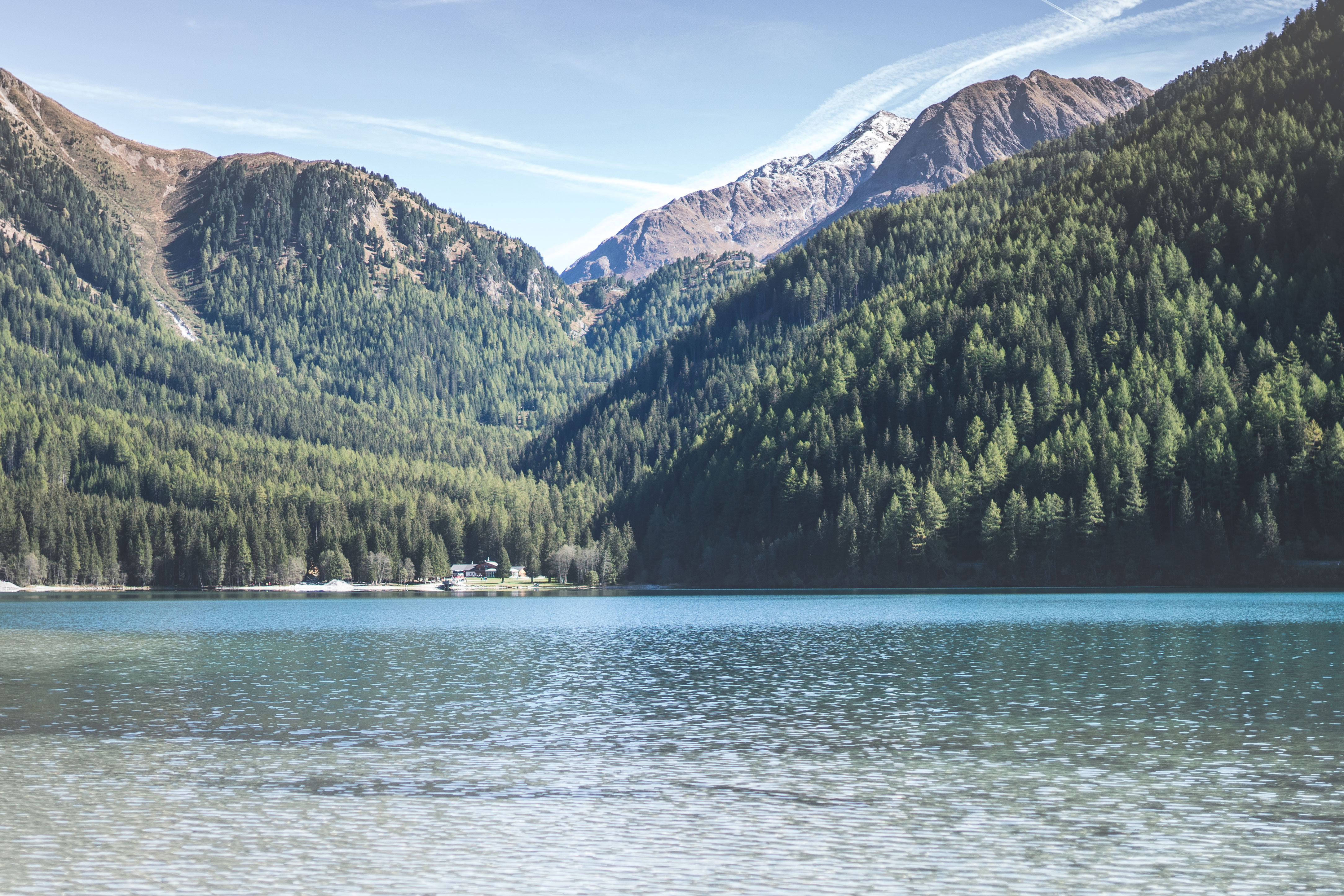 Special features: There are two lakes in this region: the Anterselva Lake and the Obersee Lake (top lake), the latter belonging to Austria. Since the Anterselva Lake is situated a little bit lower, it is often called “Untersee” (lower lake). Right next to it you will find the world famous biathlon center, which will host the biathlon world championships in February 2020.

Region of the Three Peaks 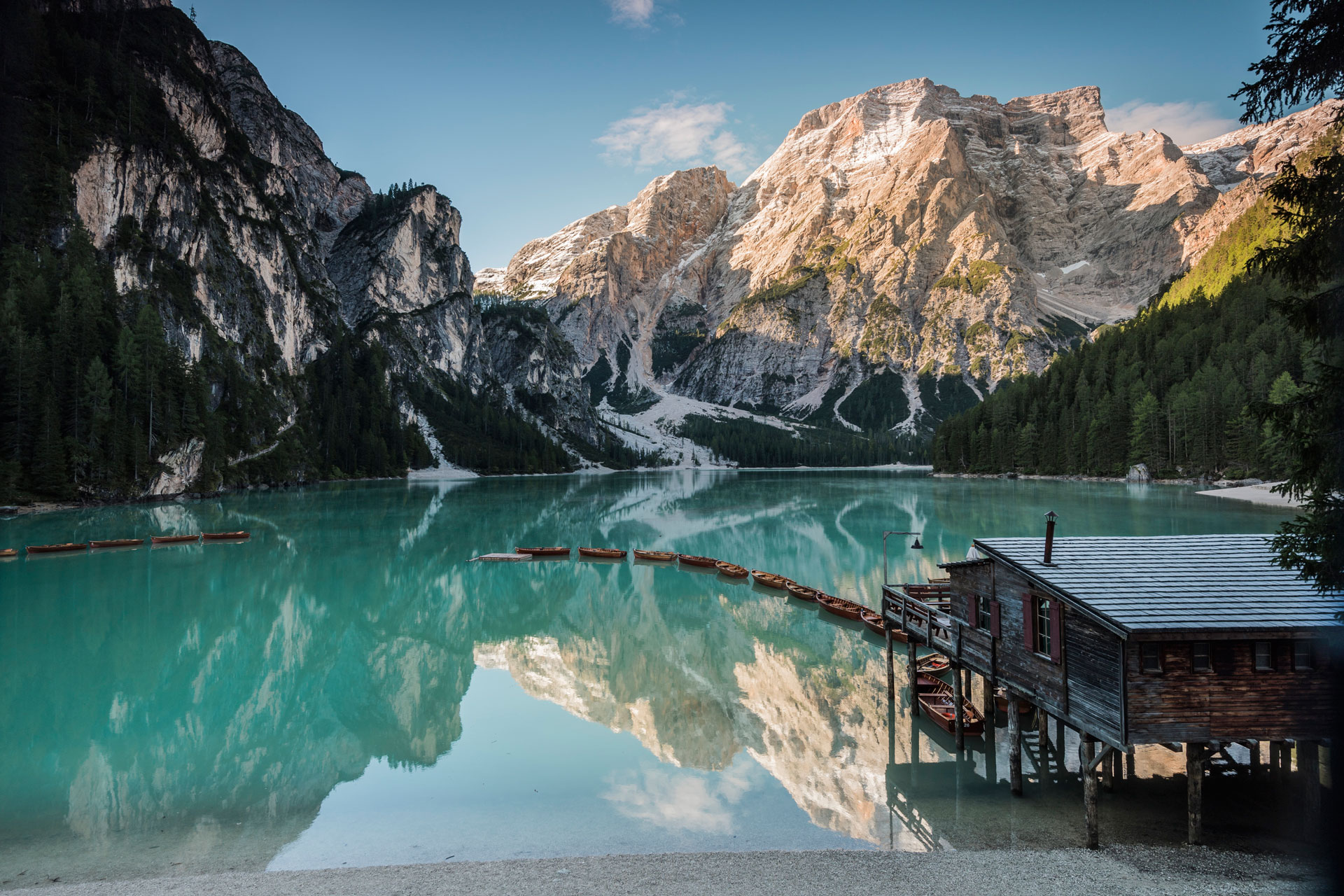